By Robert B O'ConnorDecember 21, 2017Blog
No Comments

On October 30, 1935, Boeing’s new four-engine bomber began its demonstration flight at Wilbur Wright Field. The A299 was favored to become the Army Air Force’s next generation long range bomber.

The plane rolled powerfully down the runway, took off, and climbed rapidly. Then it stalled, fell to the earth, and exploded.

The cause was an error by the pilot, the chief of flight testing. While seeing to the large number of takeoff procedures required by this advanced airplane, neither he nor his copilot remembered to unlock the rudder controls.

Human judgment is unreliable. It can fail at crucial times. 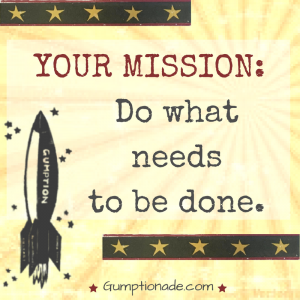 The A299 outstripped the ability of pilots to execute required procedures in proper order. After the crash, it was considered too complicated to fly safely. The contract went to the Douglas DB-1, which later proved unsatisfactory for combat operations.

Boeing’s airplane was so much better, however, that a loophole in contracting specifications was used to equip one squadron. The Air Force named it the B-17. A reporter called it the Flying Fortress.

B-17 pilots needed visible reference points. They needed a written checklist so they could see all the procedures for flying the plane. Here it is: The Actual B-17 Checklist.

Checklists are now part of standard operating procedure for flying any aircraft.

You have a mission every day: to do what needs to be done. You have work and family obligations. You have an obligation to yourself, to become more than you are now. There are distractions. Like B-17 pilots, your memory is unreliable. In addition, you lack an instrument panel and a copilot. Make a checklist. Gumptionade – The Booster for Your Self-Improvement Plan will show you how.